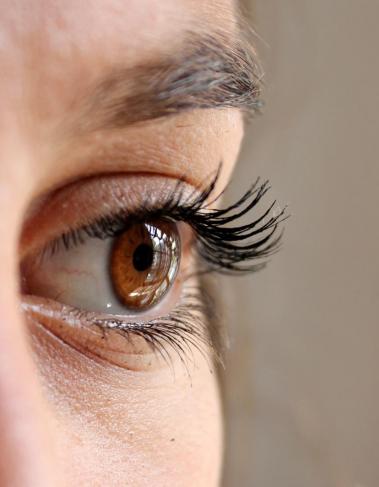 It’s even better when it is used as a tool to help people with disabilities regain independence and improve their ability to communicate. Assistive Technology can transform the lives of people living with disabilities. In this article, you’ll find some devices that people can use to help improve their life and lifestyles. We will look at some examples designed to support people with issues relating to sight, mobility, and vocal communication.

To start with, there is a new eye-tracking technology that’s being marketed to help people who can neither speak nor move. Users of this technology are able to use an eye-tracking camera and computer to communicate with other people around them - simply by blinking! With this device, known as Tobii, users can even play games, learn topics, and chat with friends. It’s a device that could help a lot of young children at school, allowing them to be involved in classroom interaction with fellow pupils and teachers. Through the innovation of eye-tracking technology, the impact of certain disabilities is being reduced.

Eye-tracking technology has transformed the lives of people with disabilities

In 2014 a company named Motion Savvy introduced Uni, a two-way communication tool for deaf people. It is worth noting that Motion Savvy as company, is entirely run by deaf people – so they understand their marketplace. Uni is an application that films and recognises your hand gestures (sign language), and then translates them into spoken words. In reverse, it can take spoken word and convert it into text for the user to read. It is clear how this technology would unlock significant communication barriers, removing the reliance for sign language to be spoken by both parties to a conversation. This reduces the limitations placed upon people with hearing difficulties and deafness.

How about a bionic arm… controlled only by the thoughts of your brain? John Hopkins University have created just that. It’s incredibly functional and dextrous. Of course, this kind of technology is very expensive and not yet publicly obtainable. However, we hope that as soon as possible this device would be become available for everyone who needs to replace a limb.

The mind-controlled bionic arm With a sense of touch

Another excellently named technology is Sip-and-Puff (from sipping (inhaling) and puffing (exhaling)). This joystick can be controlled by the movement of a person’s head or mouth, functioning as a computer mouse designed to control a curser. Sipping or puffing into the end of the joystick acts as the trigger for a left or right click function on a computer. It’s very useful for people who are without the use of limbs and are restricted to a chair. It provides people with an opportunity to use typical computer based technology that we can all take for granted.

Finally, a company called OrCam have developed a new pair of glasses designed for visually impaired people. This equipment allows those people to recognize faces, identify supermarket products, banknotes, and transcribe any text. It’s extremely useful for children at school and for giving visually impaired people increased independence. The use of such glasses makes learning more effective and socializing much easier.